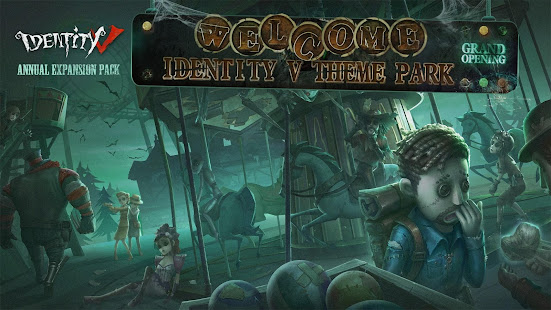 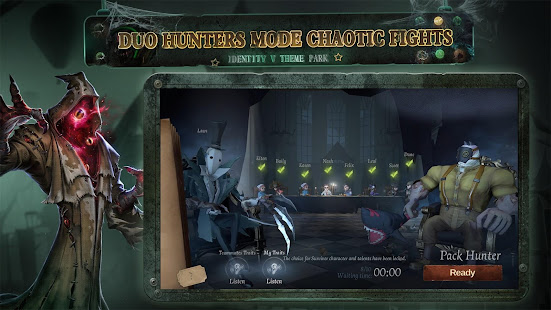 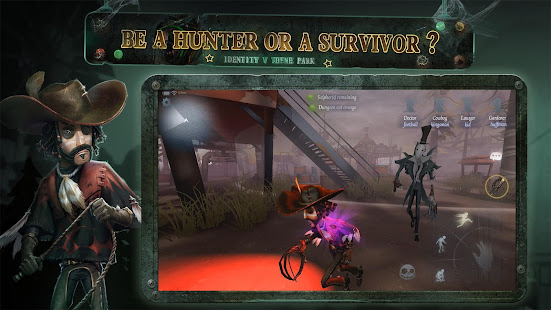 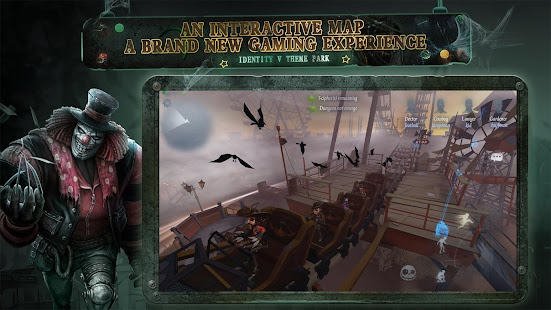 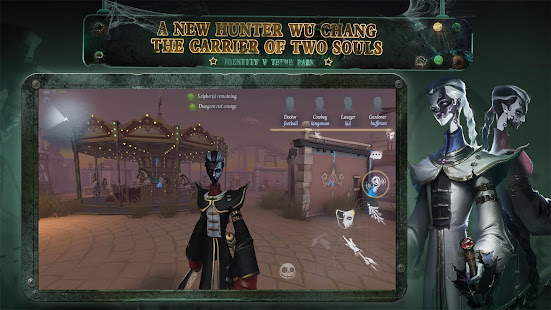 1. New game mode: Duo Hunters
Pursuit game play has just been upgraded at the manor. In this game mode two hunters will face off against eight survivors in an intense game of cat and mouse. Also, other game mechanics have been introduced in this new game mode:
(1) Hunters and survivors can phone the owner of the manor at telephone booths that have been added to maps and use points to buy items. These items include those found in previous game modes (excl. the Tactile Stick and Holy Key), and exclusive items for the Duo Hunter game mode. The addition of these new items promises to enrich game content and increase the game's competitiveness and fun factor;
(2) Survivors can carry two items, allowing players to choose the items they will use in battles against the hunters, and hunters can carry one. The combination of items and special abilities will surely lead to exciting outcomes.

2. New Hunter: Wu Chang
The souls of the White and Black Guards souls have been imbued in an umbrella; one light, one dark, destined never to meet. The souls of those that gaze upon Wu Chang will be drained. Wu Change is the first hunter at the manor to be able to switch forms.

3. New Map: Moon River Park
The park has became a taboo subject for nearby residents after a nightmarish gathering. All new interaction mechanism and map.

Join the Thrilling Party! Welcome to Identity V, the first asymmetrical horror mobile game developed by NetEase. With a gothic art style, mysterious storylines and exciting 1vs4 gameplay, Identity V will bring you a breathtaking experience.

Intensive 1vs4 Asymmetrical Combats:
• Four Survivors: run from the ruthless hunter, cooperate with teammates, decode cipher machines, open the gate and escape;
• One Hunter: familiar yourself with all of your killing powers. Be ready to catch and torture your preys.

Gothic Visual Style:
• Travel back to the Victorian era and have a taste of its unique style.

Compelling Background Settings:
• You will first enter the game as a detective, who receives a mysterious letter inviting him to investigate an abandoned manor and search for a missing girl. And as you get closer and closer to the truth, you find something horrifying...

Randomized Map Adjustments:
• Within every new game, map would be altered accordingly. You will never know what’s to expect.

Select & Play Distinct Characters:
• Multiple characters to choose from, customized characters to fit your own personal strategy and get the final victory!

Are you ready for it?