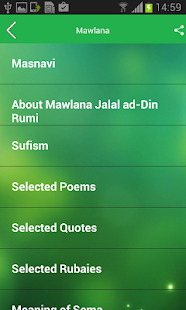 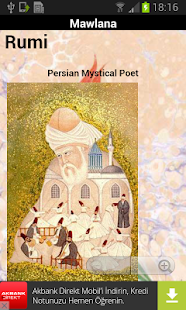 "Come, come, whoever you are.
Wanderer, worshipper, lover of leaving.
It doesn’t matter.
Ours is not a caravan of despair.
Come, even if you have broken your vow a hundred times.
Come, yet again, come, come."

- Selected couplets of Masnavi (means "Rhyming Couplets of Profound Spiritual Meaning" - It contains 26 thousand couplets in six volumes, consisting of stories inspired by the Quran’s teachings about all that is created, as well as Hz. Mohammad’s words and their morals.), poems, quotes and rubaies ("quatrain")

- 10 excellent sufi music from celebrate Seb-i Arus, ( Every 17 December, the night of Rumi's death, his 'Wedding Day', his reunion with his Beloved, with the Divine)