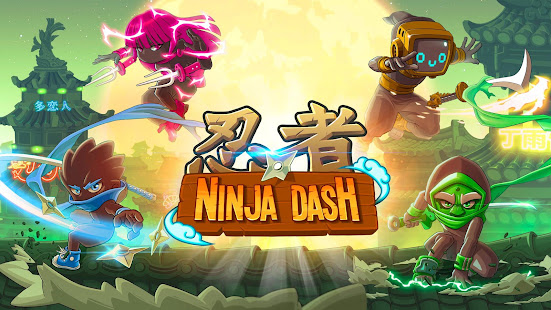 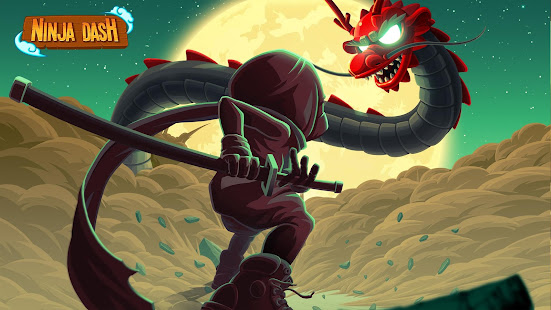 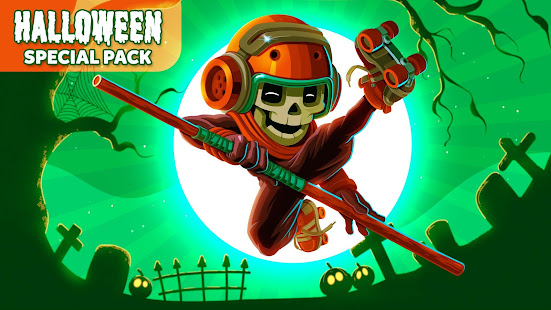 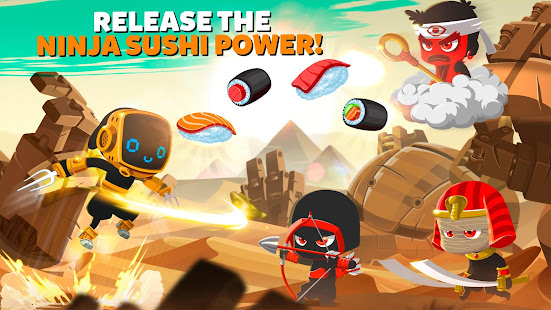 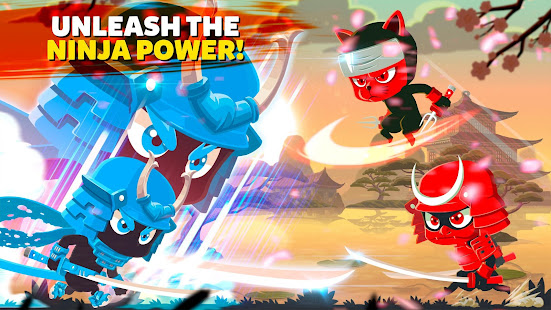 Your ninja training is over and it's time to become the shinobi striker you're meant to be! Take your katana, grab some shurikens and step into the Ninja Dash world!

FEATURES of the best ninja game:

Download now Ninja Dash - Ronin Shinobi for FREE. Be the helmet hero that will stop the Devil Shogun and end the Samurai War!

Ninja Dash is a real ninja runner game, an addictive true arcade experience. Master your assassin skills and be the nin ninja arashi that will defeat the devil ninja army! Start now this adventure: take your katana, slice and slash demons, perform ninja jumps and dodge their shurikens attacks. Run and revenge your Sensei!

A New Japanese classic with jump & run gameplay has come. An easy control system that brings you an addictive Hack and Slash game experience:

Two finger tap control, easy at first, but hard to master! A challenge appropriate for a samurai warrior. Jump, run and dodge the enemies attacks or chop and slay them with your blazing ninja katana. Your ability is the main weapon here! Perform amazing parkour trick, defeat the ninja demons and recover the master sushi!

In this ninja game perform double jumps, dodge the enemy attack and fall over their heads! Move like a shadow and fight the monsters as a legendary japanese warrior and ninja assassin. Escape from dangerous situations using nin ninja skills, super speed & ninja jump. Break through the enemy castle and defeat the region boss! Overcome the Shogun horde and beat the shinobi war!

The path to become the ultimate warrior ninja is not only running, smashing enemies and jumping over the rooftops. During this samurai war you will face differents challenges:

- NINJA REVENGE: Chop all the devil ninja shadows, claim your reward and gain experience for level up your heroes!
- STEAM BOMB: Transform yourself into a flying ninja chicken and escape the battle jumping and dashing through the japanese sky!
- NINJA SHOWDOWN: Try to survive the horde of demons, this is a non stop rush! An infinite battle in an endless ninja runner mode where your katana will be your friend!
- EPIC BOSS BATTLE: Fight and complete all the missions and start de samurai siege against the Shogun castle! Run fast like a ninja chicken!

Shurikens ready! Seems that you've mastered the Ninja warrior skills so, you need an appropriate sword! Collect some materials and craft a legendary katana sword, or visit the store and buy special gear for your next fight, to finally get your ninja revenge!

Leave the dojo, loot the villages, gain rewards and get resources for crafting new weapons and assassin armours. Any shinobi striker who want to become a samurai master must wear the best outfit! Be a helmet hero! Get the ultimate blazing sword or epic sais and level up them to increase their damage power. Collect the region relics and gather the ultimate ninja gears. Customize and upgrade your ninja shadow with helmets, armours, bracelets and other japanese shinobi items!

Face the fighting challenge that all warrior ninja must complete to become a ninja assassin!

Start playing NOW this real ninja challenge and beat 'em up to get your revenge!